These are the things I no longer wish to understand.

Murder. The ease, for some people, to pull the trigger of a gun at an innocent victim. Sometimes, it’s worse. A cold expression on the face of a serial killer when recounting the grotesque details of each murder as if they were simply a tick-mark in a notebook. A simple disregard for a life.

Genocide. Manifest Destiny by a god or gods that deemed one people superior over others. Still, their god is ‘merciful’ they say. This imaginary being is somehow all good, but allows, nay, encourages the massacring over the earth. Sentient beings, slaying one another in the name of religion, politics, and misunderstandings.

Hatred. Assumptions made from doctored ‘research’. Opinions now held to the same standards as facts. Riots to preserve the ideology over science at the risk of violence. Petty differences blown out of proportion from the very same lack of knowledge that begets their ignorance in the first place. Encouragement from power to cause harm to others who do not conform to their beliefs. Fear of speaking out against the tightly-held beliefs of those in power for fear of harm or death.

Willful Ignorance. The cognizant choice to ignore facts, research, and data at the expense of challenging an ideology. Strong-held ‘beliefs’ that are so integrated into our being that our personality seems threatened if we simply adjust to new ideas. The personal attacks that some feel when presented with said facts and the verbal, sometimes physical, abuse that ensues.

Silence. Stemming from fear, self-blame, victim-shaming – the eerie stillness that exists after abuse. Whether, physical, sexual, verbal, or psychological. Societal expectations for different sexes, races, and socioeconomic backgrounds. Words unspoken when dealing with mental health issues. Noiseless tears until they end by the smoking barrel of a gun or an empty bottle of pills. One less voice to speak.

Mental Health. Taboo thoughts directed at 1 in 4 people who will suffer in their lifetime. Comments that either fall on deaf ears, or exacerbate the problem. Victims believing that they are truly alone because of these remarks. Insurance companies only covering 12 visits to a professional therapist a year, if any at all. High costs of an hour of healing. Bankruptcy just to survive another day.

But… there is hope. In the vast darkness of the universe, stars dot the shroud of black. If we do not fall into the cycle of negativity, we can rise above these things and promote the good in the world.

These are the things I now understand. A perspective placed in my mind that I would not have conceived if not for the evil.

Charity. Whether food, money, or a smile. Those who give themselves entirely for no reward. Desirable reincarnation, eternal salvation, or simply to be good. Whatever the reason, it will not overshadow the selfless intent.

Life. Sentience. All beings, not just humans share this balanced globe. Each soul, a beauty in and of itself. Equilibrium between each delicate interaction of living beings. As an insect touches a flower, the mutual understanding and respect bring fruitful existence to them both. Although the plant remains in one spot, the insect is nourished and can spread the flower’s seeds throughout. A woman feeds her baby and continues her kin’s existence. Beautiful in different ways.

Knowledge. Although some may see this as a fault, I believe that knowledge is power. In the face of all this hatred and willful ignorance, facts will prevail. However, they are not spread as readily as misinformation, but evermore pertinent to us. For those who seek out the truth, take heart and do not fear revolt. Change is bubbling to the surface.

There is so much that we take for granted because we spend so much time focusing on the negativity fed to us from various outlets. Secretly, we may crave the bad as it makes our own lives seem less chaotic. Without the darkness, we could never see and appreciate the light. Stay positive, everything changes and nothing is in your control. 🙂

My single hope is that this post softens the hearts of those who know an Empath. Perhaps, even bolster those who share this confusing gift. I hope you enjoy.

Emotion. Not exclusively human, rather, felt by all. Some suppress it, others allow it to take it’s course. Still, I find myself inhaling it all.

A wave washes me out into the sea of those around me. I am dizzy from the bombardment of the lapping water. Struggling to stay afloat while hearing the trifles of my friends echoing in my ears.

Suddenly, something grabs me. It’s twisted testicles circle up around my legs, tightening every second. I recognize it as familiar. It is, in fact, my own emotions. And immediately, I am drowned. Pulled into the depths of the abyss.

I try to breathe, but even this is hard. And yet, I still lend my heart to those around me. Few who say they are my friends use me then cast me aside. My generousity bleeds with a new wound and my trust dwindles a little less. I can hear their whispers in my head.

I start to wonder how much more my soul can take. My body aches for the pain of others stronger each day. Genocide, injustice, hatred screams in my head. But that’s not all. My own life only cultivates this feeling of confusion.

Exhaustion overcomes me and I slump to the ground at the shore of my mind. I gasp for air until I can breathe once again. But it is short lived. My own life takes a turn and I am carried out to the sea to fight once again.

Time passes and I realize the gift. I step onto the beach and take in a breath of fresh air. I surround myself with those who do not decay my bones, rather build them up. They are beautiful, scarred souls like mine. It feels kindred.

Each day I take my battered soul and gently lay it before me. Numerous scars from past and present battles covering it. Almost unrecognizable. There are those who may laugh at the sight. Others, may find it grotesque.

But still, a smile stretches across my face. For it is these scars that give me strength. Darkness cannot overtake me, no matter how long I battle. I understand that only those like me, who truly feel the tears of others, can battle such evil.

We are warriors, brothers and sisters. We are given this gift because we are strong, not weak. Our soul mates need us daily, and friends will need us too. Remember, though, take care of yourself first. For without understanding and rejuvenation, we will wither into dust.

Do not see this as a curse. Darkness is not always something to fear. It is part of life and it gives us true appreciation for all that is light. We were chosen, not only to fight the darkness in our own lives, but others as well. And not just by hearing the cries or anger of those around us, but by feeling it stronger than we thought was imaginable.

Take care, my fellow Empaths. Know that you need not walk the path alone.

Why are there no 24 hour dentists? If I had the schooling, I would open up one. But people’s teeth… ew… but the blood… well, that’s my forte.

Can you guess what I do for a living? I bet you can’t. You probably can’t even guess how old I am just by looking at me. I get compliments all the time. Me and my friend both do. Lysanna and I go to the pubs at night and get hit on the entire time. Most of these guys would not be hitting on us if they knew how old we really were.

Have you guessed it yet? Unfortunately, my secrets will remain forever here, in my diary. How I desperately want to tell those around me what I truly am. The legends are true! Scream it from the top of my apartment building. We’re real! We exist! Please don’t be afraid… or maybe they should. Not all of us are good. Hell, I don’t even know whether I would consider myself an angel among men, as they say.

Okay, if you haven’t figured it out yet, then you really must be stupid. I’m a vampire. Yes, I know that we aren’t supposed to be real. We are. I am. There are quite a few of us, but you would never know just by looking at us. Paleness, sure. I get crap all the time from people about ‘getting sun’. Like, DO YOU KNOW WHAT THAT WOULD DO!? A small mushroom cloud would form over the ashy remains of my body. And I’m 976 by the way, but I look like I’m 18, maybe 20. Getting alcohol is practically impossible sometimes. Providing a birth certificate or Social Security number isn’t going to happen. My birth certificate would give me away. They would laugh. I ended up getting a fake ID to fix that problem.

So back to my current issue. As I’m sure you know, vampires drink blood and sometimes that comes from animals, other times, humans. Lysanna and I try really hard not to drink human blood. Too fatty. But sometimes people who know what I am are willing to give a donation.

One of the people that donates regularly didn’t show up one day. Texted me and said that he had a family emergency. Well I was already feeling lethargic by that point, so I was desperate. Another vampire told me, once, that drinking Cranberry juice was supposed to hold us over for a few extra hours until we could feed. Problem was, they didn’t specify how much to drink. Second problem was, I was hungry as hell.

I stockpiled on gallons and gallons of juice until Lysanna could get home from her job at the mortuary with some animal blood for me. It was about 10PM by the time I got home with it all. Drank all of it within the next few hours. My stomach never hurt so much… good thing I’m immortal.

Apparently my teeth aren’t though. Cavity. A huge one right on one of my canines. GREAT!!! It hurts like no other pain I’ve experienced and I almost forgot what pain feels like. Because I am a ‘night owl’ and not by choice, Lysanna suggested that she pull out my tooth with pliers. Screw that! But it hurts so bad.

And that, diary, is how I am pretty much the only vampire I know that has a one-puncture-wound bite. For the record, Cranberry Juice doesn’t do anything and I won’t make that mistake twice. I was stupid for thinking that it would and I guess I deserve what I got. Anyway, Lysanna is almost home and it’s time to go out on the town again! I’m going to tell people I got into a bar fight and lost my tooth that way. Think anyone will believe me??? 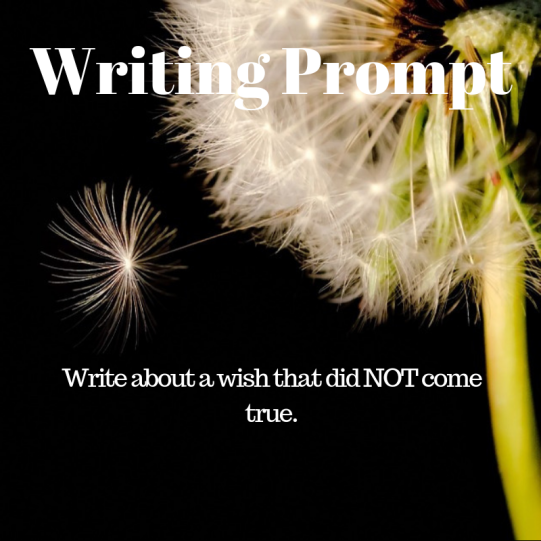